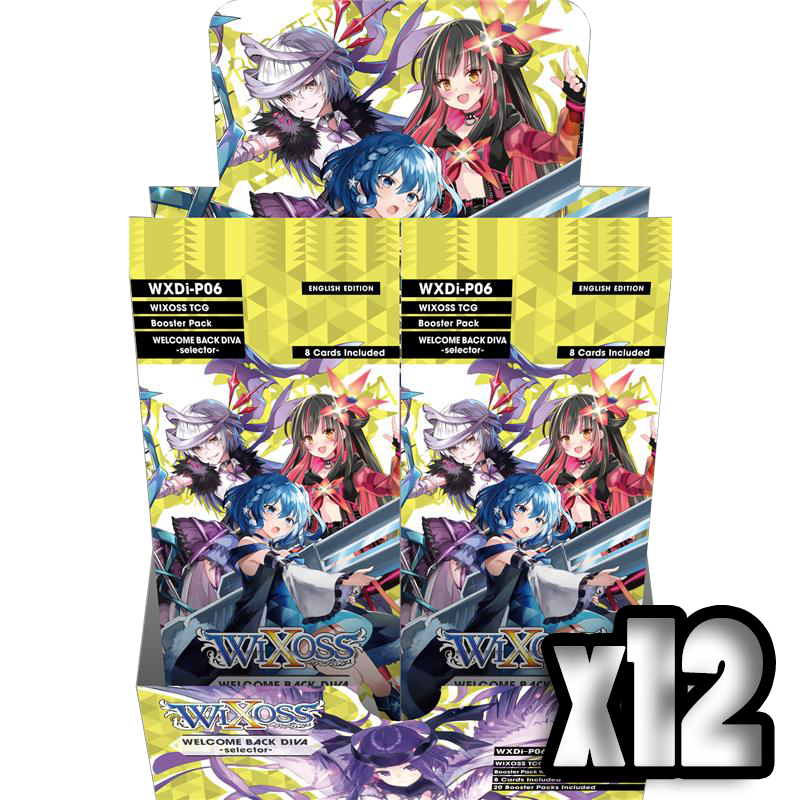 Pre-Orders to be fulfilled by 16/12/2022.
While stock lasts from our distributor.

Welcome back! Finally, the first original anime story "selector infected WIXOSS" LRIGs debut! The popular characters "Piruluk", "Yuzuki", and "Urith" are included as Center LRIGs, much anticipated by fans of the original story!

New Rarity cards have been added! The collection element has been greatly enhanced with super gorgeous cards created by Print Technology for the first time in WIXOSS ENGLISH EDITION!!

Includes the "1st Anniversary Serial Rare", planned to commemorate the 1st anniversary of the English version! The first Serial Numbered Card in the English edition, only 7 copies in the world, is included in the first edition only!

PLEASE NOTE: Expansion packs alone do not give you enough cards to play the game. You will need at least one constructed deck to start the game.